vol.05 The Future of Automotive Sentience

Revving it up: Car meets art in new exhibit

※All information in the article is as of January 2022.

At the Miami Design District, the North American premiere of the luxury ARES S1 supercar, designed by Italian coachbuilder ARES Modena, is on display. Thought has gone into how the car is presented, surrounded by stunning sculptures and artworks. The art installations come from the acclaimed artist Hubert Phipps.

The Miami Design District is a neighborhood in Miami, Florida, U.S., configured as a shopping, dining and cultural destination. The area was part of part of the Buena Vista district. Located in the area is The Institute of Contemporary Art, Miami.

To display a novel piece of art is not unusual for the district. It is less commonplace to display a car. However, many cars are now regarded as cultural icons and considerable thought has gone into the look and feel of the ARES S1 supercar model.

Artist Hubert Phipps was commissioned to work with ARES Modena. The car manufacturer specializes in re-designing and customizing supercars. Phipps has named his exhibition ‘Ascending’.

Phipps is no stranger to the automotive world. The artists is also a former national racecar champion, and he is also a pilot. For these reasons, the exhibition features several works born out of the artist’s love for acceleration and for aerodynamic forms. 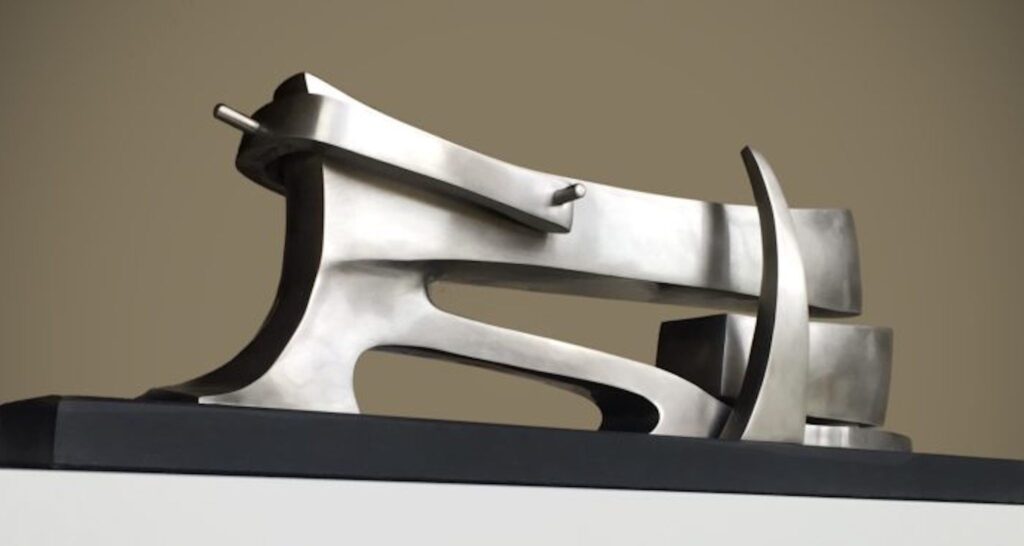 As a driver, Phipps won the winning the SCCA Formula Atlantic National championship and the Formula Atlantic Professional series. He has logged more than 4,000 hours of flying time (he regularly pilots an Airbus Helicopter H-120 between Florida and Virginia).

With his renowned sculpture, Phipps follows many traditional approaches and he also uses modern technologies, including 3D computer modeling, 3D scanning, 3D printing, and virtual reality, to create a diverse range of works.

Commenting on the display, Mo Elarishy, Ares Miami head of business development told Forbes: “We chose these bold sculptures and artworks by Hubert Phipps to debut our first US showroom and to surround the Ares S1 for its premiere here”, adding: “because when experienced together they create a powerful fusion that supercharges the imagination.”

With car on display, this is designed to exemplify the ARES Modena philosophy, which the firm defines as one “of co-creation”. By this, the high-end car manufacturer means that clients design many aspects of what will become their own car. This includes choosing materials and colours; defining the silhouette of the vehicle and deciding how many doors and windows it has.

The collaboration between Phipps and ARES Modern could well ignite new inspirations in both art and automotive design.

※All information in the article is as of January 2022.

The post Revving it up: Car meets art in new exhibit appeared first on Digital Journal.

This article was written by Dr. Tim Sandle from Digital Journal and was legally licensed through the Industry Dive Content Marketplace. Please direct all licensing questions to legal@industrydive.com.

These are additives suitable for improving key properties such as flexibility, abrasion resistance, soft-touch feeling, etc., which are required for automotive interior parts.

Using Cubit™ as the base material of instrument panels and armrests can contribute to soft texture. This material can be used to replace urethane which contributes to light-weighting.

These are additives suitable for improving key properties such as flexibility, abrasion resistance, soft-touch feeling, etc., which are required for automotive interior parts.

Using Cubit™ as the base material of instrument panels and armrests can contribute to soft texture. This material can be used to replace urethane which contributes to light-weighting.